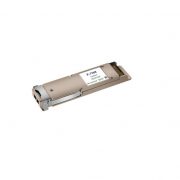 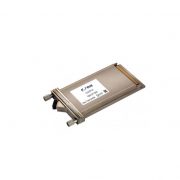 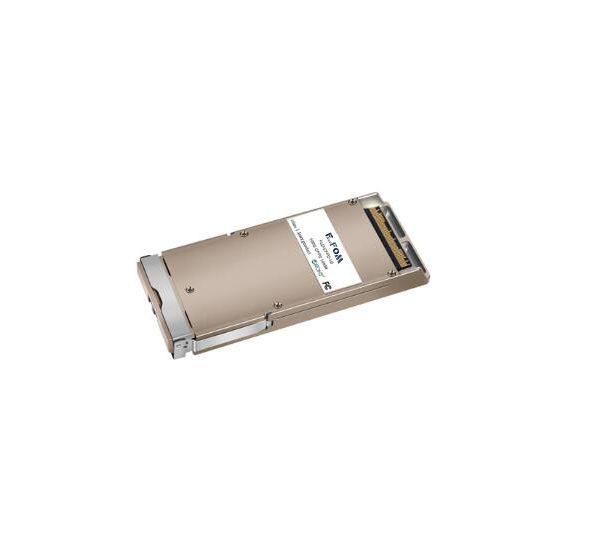 In the transmit side, four lanes of serial data streams are recovered, retimed, and passed to four laser drivers.

through an industry standard LC connector. In the receive side, the four lanes of optical data streams are

The CFP2 transceiver provides an aggregated signaling rate from 103.125 Gbps to 111.81 Gbps. It is compliant with

peak-to-peak to 900 mV peak-to-peak 25 Gbps electrical signal on TDxn and TDxp pins. Inside the module,

each differential pair of electric signals is input to a CDR (clock-data recovery) chip. The recovered and

modulation that drives a EML laser. The laser drivers control four EMLs with center wavelengths of 1296

optically. The combined optical signals are coupled to single-mode optical fiber through an industry

through an industry standard LC optical connector. The four incoming wavelengths are separated by an

optical de-multiplexer into four separated channels. Each output is coupled to a PIN photo-detector. The

transimpedance amplifier. The electrical output is recovered and retimed by the CDR chip. The four lanes

of reshaped electrical signals are output to RDxp and RDxn pins.

Low speed signaling is based on low voltage CMOS (LVCMOS) operating at a nominal voltage of 3.3 V

for the control and alarm signals, and at a nominal voltage of 1.2 V for MDIO address, clock and data

signals. All low speed inputs and outputs are based on the CFP MSA CFP2 Hardware Specification Rev.

GLB_ALEMn: Output pin. When asserted low indicates that the module has detected an alarm condition in

Interface Specification. Pulled up with 4.7 kΩ to 10 kΩ resistors to 3.3 V inside the CFP2 module.

TX_Disable: Input pin. When asserted high or left open the transmitter output is turned off. When

Tx_Dsiable is asserted low or grounded the module transmitter is operating normally. Pulled up with 4.7

MOD_LOPWR: Input pin. When asserted high or left open the CFP2 module is in low power mode. When

asserted low or grounded the module is operating normally. Pulled up with 4.7 kΩ to 10 kΩ resistors to 3.3

V inside the CFP2 module.

or left open the CFP2 module is operating normally after an initialization process. Pulled down with 4.7 kΩ

to 10 kΩ resistors to ground inside the CFP2 module.

The #1 Selling eCommerce Theme on ThemeForest.